After the PR stunt that was Felix Baumgartner’s (really frackin cool) fall to Earth, there were a few things I thought about. The application of what was proven heading into safety devices for the next decade was one of those. Another was that I’ll most likely feel a tad bit better about drinking red bull. Maybe those alcoholic mixtures in bars that go with red bull will now all have space themed names. That’d be neat I guess.

The most important thought is that space matters again. Not in a small way, but in a big way. People were actually excited about watching, about talking about, and about just knowing that someone was going somewhere to do something that is seemingly impossible. That’s not to say the recent flyovers of a the casket of our previous generations of awe inspiring space explorations, the shuttle, was not awe inspiring. But this was different. Where the shuttle flyover...

I remember having a t68i that lasted a lot longer than a day on a charge. In fact when it got down to a day, I replaced the battery as I thought it was useless to walk around without being able to be away from a charger for more than 12-14 hours.

Now with my smartphone I’m stuck with something.. less than appealing with regards to battery life. Yes, the new iPhone 7 galaxy 5 s2 iOS android microsoft samsung vizio device of the future will have an amazing size difference. However, I would settle for a heavier, thicker phone if the charge lasted for a week. Or even 2 days.

The shuttle flew by

Many who know me know that I’m from Houston (that’s in Texas, USA). Few who know actually knows that I love, love, love space and NASA and all of that.

That’s why it’s really frustrating that when the shuttle flew past my window this morning that it wasn’t going to end up in Houston, but some place other than Houston. Houston is one of the few places that is in everyone’s mind when you think of NASA and the shuttle program.

I was thinking it when I saw this tweet, but Craig Hlavity said it better than I could:

See you again when the revolution comes and a thousand rednecks bring you back to Texas behind a Chevy. http://instagr.am/p/PwuO_pnuxq/

Jay Lee took a great photo of the flyover, here it is (posted with permission): 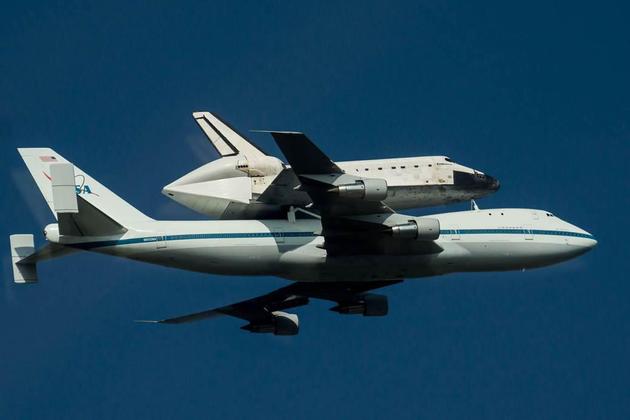 You should go check it out at higher resolutions, along with his other photography which is all pretty much killer.

Localization is a requirement, here’s a guide

In the last year Growl has gone through a lot of changes, and translation is one of the big ones. We’ve gone from not actively translating Growl and our other applications at all, to making it a priority. This change has gotten us from under 10 languages that were starting to stagnate due to my stubbornness for doing it right, to 24 languages which are between 95% and 100% completed because we are closer to doing things right. This is a huge change for us, and it’s time to share how we did it so that others can follow similar steps.

For anyone who is involved in the process of making software, making sure that the end user/customer is able to use your application is usually priority number 1. But what if the person using your software doesn’t speak the same language that you do? Luckily on most platforms you can translate (or have someone else...

The place is on my screen

I read a post by some guy talking about how the compuhyperglobalmeganet is “still the place”.

Luckily he’s wrong. Using “still” implies that eventually the web won’t be the place, but then he goes on to sell the web dev platform. I’m confused, but whatever. :)

The web is not the only place to do work. But you all already know what the counter to this is don’t you? The whole integration aspect of an application is key. The way an app works (web or not). The responsiveness of an app (desktop or not).

I recently added a few mute-filters to twitter to help filter out some of the noise that, at least I, think can be ignored. There are two things that really are driving this noise as far as I can tell. The Apple/Samsung fights, and the US elections. After adding the filters, I really did notice an improvement in finding the content that I wanted to actually read.

However, i think there’s a better way to do this. What if Klout’s tags of what you know could actually be useful. Crazy right, Klout being useful? Anyhow, so if there were some magical twitter client called tweetbot did this that’d be awesome. Imagine if this imaginary twitter client called tweetbot logged into Klout to pick out what topics your friends talk about regularly, and then you could filter whole tagged users into more useful and less useful subjects. Anyone who knows a whole lot about Colorado is brought to the top...

I’m a real person, too

The first article I read was this one, which was great. It’s informative, it tells me that if I build something that providing a Facebook/Twitter login feature would be good but don’t make it required.

So the article is informative. But it’s also insulting in a way. I don’t think it was intended. Here’s the sentence I’m talking about

It turns out real people actually are concerned about their privacy and wall spam, and would rather not connect to Facebook on their first experience with your site.

It turns out that I’m apparently not a real person, per whoever wrote this piece. Like, woah. Maybe I’ve been out of the loop for a while, but the last time I checked I am here.

The author probably meant something more along the lines...

Time and the bazaar

Father time is a trickster

Time is a funny thing. A minute is just a minute, but “Just a minute” could be an hour. What feels like an hour working on a computer is actually 3, and then oh look it’s 4 am and you have to be out the door at 6:30 am.

Some things feel like they take too much time, and then others feel like there isn’t enough time in the world for them. In the end though, time is finite. It has a beginning, a middle, and an end.

Time helped this guy forget the unpleasant bits and pieces of the old world, gray beard days. Ignore the mixed points there and focus on the love of the old in the post, and you’ll see what I mean. Some of his points are valid, maybe someone at mozilla is intrepidly fixing his libtiff issue as I type this. That’s just an example. I don’t know that it’s a good example though. Regardless it really isn’t a good point about bazaar working or not...

Captcha’s are a requirement on the world nowadays. It seems like at almost every turn I have to enter a captcha. Posting and searching seem to be the two heaviest hitters in the “requires a captcha to use our website”. The oddest one I’ve seen is when purchasing something. I figure my credit card would handle the whole “I’m a real person” perspective.

I’m overall OK with captcha’s though, as long as I can read them. However, it’s not the image but the input line that is beyond annoying. There’s something about them that just does not make any sense to me. Simply put, I do not understand why the input line uses spell check. It just doesn’t make sense. If the spell check actually guesses the word, then you defeat the purpose of the captcha. If it doesn’t and puts in some other word, either the user does not notice the change until it is too late and they get thrown back into the next...